Blockchains require an agreement mechanism between the participants of the network on how to add new transactions to the ledger and its state at any given moment. This mechanism is known as a consensus protocol.

The goal of the consensus protocol is to ensure that only one chain is adopted and followed, otherwise, the system would collapse immediately.

Bitcoin implemented a Proof-of-work consensus algorithm. In this protocol, for a new block to be added to the blockchain, the node that attempts it must provide a proof-of-work, which is expressed by the solution of a mathematical puzzle. This process is known as mining.

The node that solves the puzzle gets the right to create the new block and is rewarded for it.

This scheme puts all nodes into a race against each other, and since only one node is rewarded, wastes a lot of computational power and energy.

Such waste has raised concerns about the Bitcoin’s environmental impact. Currently, the Bitcoin mining process consumes as much energy as countries like the Netherlands or Iceland.

Apart from the environmental concerns, the rewards scheme of the proof-of-work algorithm has also led to the centralization of the Bitcoin network. Up to 75% of the Bitcoin network computing power is located in China. And a single player, Bitmain, controls over 40% of the network hash rate.

The underlying problem is that Bitcoin makes a clear distinction between the actual users of the network and the miners. Owning Bitcoins does not grant you any control over the network, nor any power over the decisions on the evolution of it. The system is controlled by a small pool of developers and miners.

In Ouroboros, there is no race between stakeholders to produce a block. Instead, a slot leader is randomly selected, proportionally to the amount of tokens he owns (the stake), to get the opportunity to produce a new block.

So it is not hashing power what gives you the opportunity to produce a new block (and get rewarded for it), it is your stake what increases your chances to be elected.

Since there is no race to mine a block, there is no waste of energy or computational resources. In that sense, Ouroboros is a more efficient and cheaper protocol to run than Bitcoin’s proof-of-work, while keeping all the security guarantees.

What if you are not online? (Stake pools)

To produce a block you have to be online, but asking everyone to be online at every moment is impractical and unrealistic. This is why Ouroboros introduces the figure of Stake Delegation. As stakeholder, you can delegate your stake to a third party to act on your behalf whenever you are elected slot leader. Such delegates are known as staking pools. They are members of the community that commit to run the protocol on your behalf and to be online close to 100% of the time.

An important thing to notice is that you only delegate your rights to participate in the protocol, not your actual funds. Your ADA are still secure and under your control in your wallet, and funds are not locked, you can still make transactions.

What about the incentives?

In Ouroboros, incentives are not block-dependant, instead, rewards from an epoch are collected in a pool and distributed among the stakeholders and stake pools that participated during these slots proportional to their stake.

In the case of stake pools, those get a fraction of the rewards to cover operational costs and a profit margin. The rest is distributed among the pool members, including the pool owners, proportionally to the stake that they contributed to the pool.

To participate in the protocol, you can choose a staking pool or choose to act on your own at any moment creating your own stake pool.

What if for some reason there is a fork?

Given that stakeholders are not always online, they come and go (a.k.a. dynamic availability), and sometimes they are offline for long periods, it is important for them to be able to resynchronize with the correct chain when they come back online.

The key feature of Ouroboros Genesis is that thanks to a unique chain selection rule, it allows new or re-joining parties to synchronize to the “good chain” with only a trusted copy of the genesis block. This makes the protocol secure against the so-called “long-range attack”.

This is achieved by the implementation of a Verifiable Random Function. When evaluated with the key of a stakeholder, It returns a random value which is stored in every new block produced. The hashing of all values from the previous epoch becomes the random seed for the staking procedure. The blockchain itself becomes its source of new randomness.

This is why the protocol is named Ouroboros, the snake that eats its own tail.

Finally, the Ouroboros incentives mechanism promotes the decentralization of the system in a better way than Proof-of-work does. Because Ouroboros considers two key scenarios:

In one hand, a staking pool can only act as a delegate if it represents a certain number of stakeholders whose aggregate stake exceeds a given threshold, for example, 0.1% of all the stake in the blockchain. This prevents a fragmentation attack, where someone tries to affect the performance of the protocol by increasing the delegates population.

At the same time, when the aggregate stake of a stake pool grows beyond a certain threshold, rewards become constant. This makes that particular stake pool less attractive since stakeholders would not be maximizing their rewards. For example, if the threshold is set to 1%, a stake pool with a stake of 2% would gain the same rewards as other that has a stake of only 1%.

All these functionalities make Ouroboros the best proof of stake ledger protocol to date. And its only implementation is currently in the Cardano blockchain.

3.2 Random Oracle: Is a hashing function that takes the random values “v” (included in each block by the slot leader for this purpose) from the first ⅔ slots in previous epoch and hash them together and use it as the random seed to select the slot leaders.

3.3 Stakeholders evaluate with their secret key the Verifiable Random Function (VRF) at every slot. If the output value (v) is below a certain threshold, the party becomes slot leader for that block.

What happens in the case of a fork in the chain?

A key aspect of the procedure described above is that from time to time, it will produce slots without a slot leader and slots with multiple slot leaders. Meaning that nodes might receive valid chains from multiple sources. To determine which chain to adopt, each party collects all valid chains and applies the Chain Selection Rule. The same thing is done by users that have been offline for a while and need to synchronize with the blockchain.

The node filters all valid chains (chains whose signatures are consistent with the genesis block and with the keys recorded in the Key Evolving Signature protocol, the variable random function and the global random oracle.

Then applies the Chain Selection Rule: pick the longest chain as long as it grows more quickly (is denser) in the slots following the last common block to both competing chains.

This chain selection rule allows for a party that joins the network at any time to synchronize with the correct blockchain, based only on a trusted copy of the genesis block and by observing how the chain grows for a sufficient time.

Video explanation: What’s an Ouroboros and how you cook it?​ 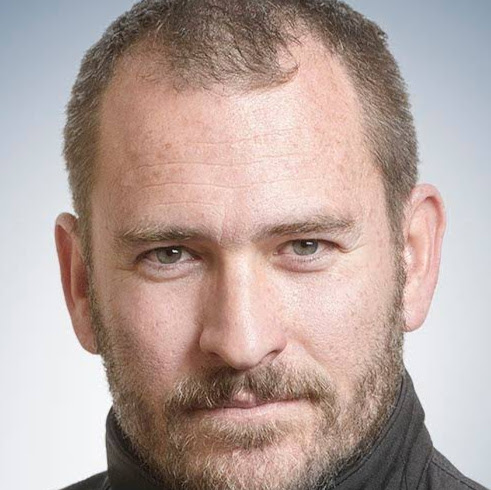 Last updated 1 month ago
Edit on GitHub
Contents
Consensus
The Proof-of-work consensus algorithm
Ouroboros, a Proof-of-stake consensus algorithm.
What if you are not online? (Stake pools)
What about the incentives?
What if for some reason there is a fork?
Self-produced randomness
Promoting decentralization
How it works
Reference material.